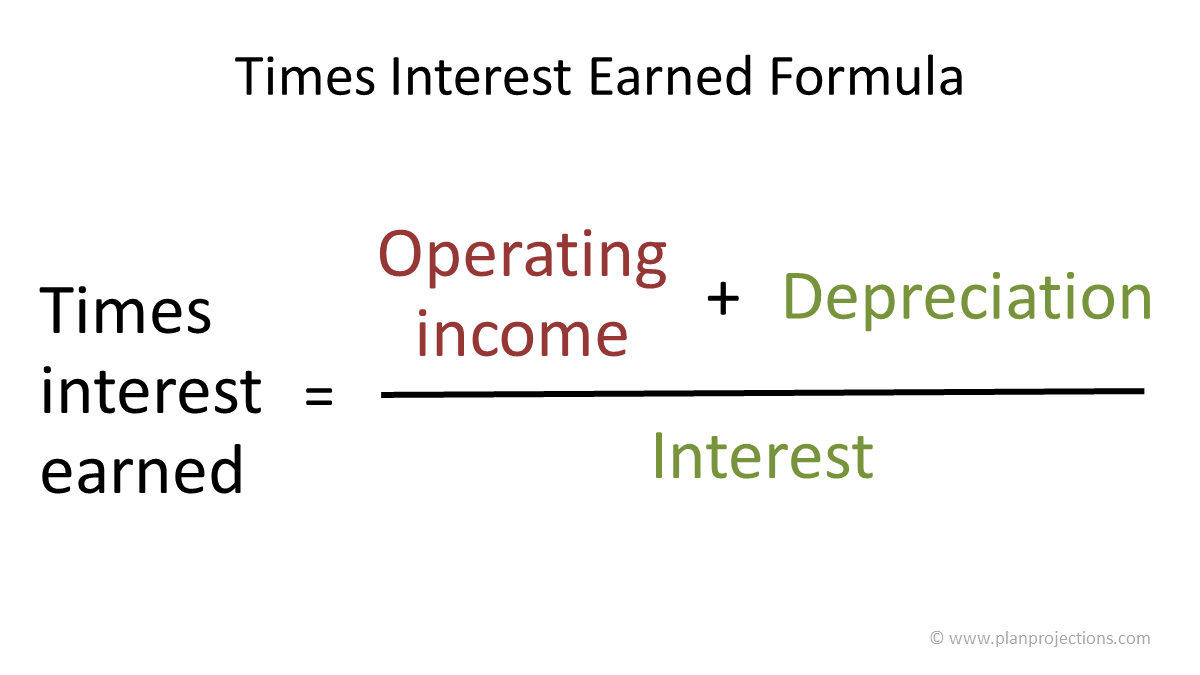 When providers of debt finance, such as banks, review a business plan financial projections, they are interested in a business’s ability to service and repay any loans made to it. One of the indicators they look for is whether the business will generate sufficient operating income to meet its interest payments on any loans provided. In order to do this they calculate the times interest earned ratio. The ratio is sometimes referred to as the interest coverage ratio, tie ratio or simply the interest cover.

The times interest earned formula for the financial projections template is as follows:

The operating income is that left of the income after the business pays all its operating expenses. The operating income should at the very least be sufficient to pay the interest due on borrowings. Depreciation is added back as it does not represent a cash related expense and therefore does not restrict a business’s ability to pay interest charges.

The numbers used to calculate the times interest earned ratio are all found in the income statement as illustrated below.

In this example the calculation of the  times interest earned ratio is as follows:

There is no correct value for the times interest earned ratio as it depends on the industry in which the business operates. Generally the ratio should be greater than 2.5. It is useful to compare the calculated figure with other businesses in your industry. This information is available in published financial statements. The times interest ratio should never be lower than 1 otherwise the business is not generating enough income to meet its interest obligations.

In the financial projections template, the times interest earned is indicated on the financial ratios page under the leverage ratios heading as the interest cover ratio.