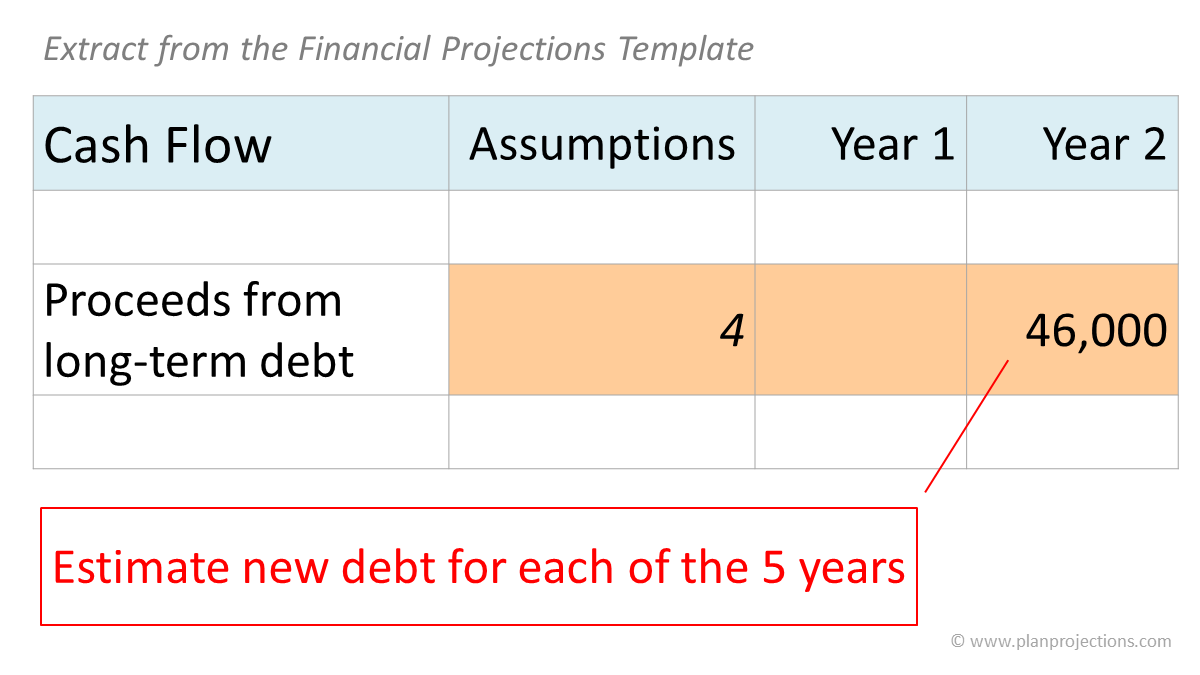 For a business, new debt can take many forms including loans, mortgages, borrowings, overdrafts, credit cards, and generally any form of finance on which interest is paid. Debt represents amounts owed by the business to providers of the debt finance usually referred to as lenders.

The amount of new debt needed will depend on many factors including debt finance availability, the level of capital injected into the business by investors, and the amount of cash available from the business trading operations.

When estimating new debt, it is best to try and make sure that the debt is in line and supported by the rest of the business plan. For example, with the exception of overdrafts and credit cards, debt finance is often used to finance the purchase of long term assets such as plant and machinery, if growth is planned and capital expenditure is planned, then check to ensure sufficient finance is in place to make the purchase.

As a rule of thumb, it is a good idea to try and match the type of debt finance with the asset being purchased. For example, if a machine with a useful life of five years is being purchased, then a loan of similar term might be best suited.

New Debt in the Financial Projection

Having estimated the level of new debt required, it needs to be included in the financial projections template.

Care should be taken not to include any debt already included as part of the debt opening balance, as this would result in double counting.

Estimating the new debt finance is an art not a science, no one expects you to be able to predict the future, you are making educated guesses based on the information you have available to give a realistic estimate of what you think the new debt requirement will be. Make sure that the new debt is in line with the rest of the business plan, and avoid too much detail in analyzing the types of debt you might have.

What’s the Next Step?

This is part of the How to Create Financial Projections Guide a series of posts on how our template is used to produce simple financial projections for a business plan.