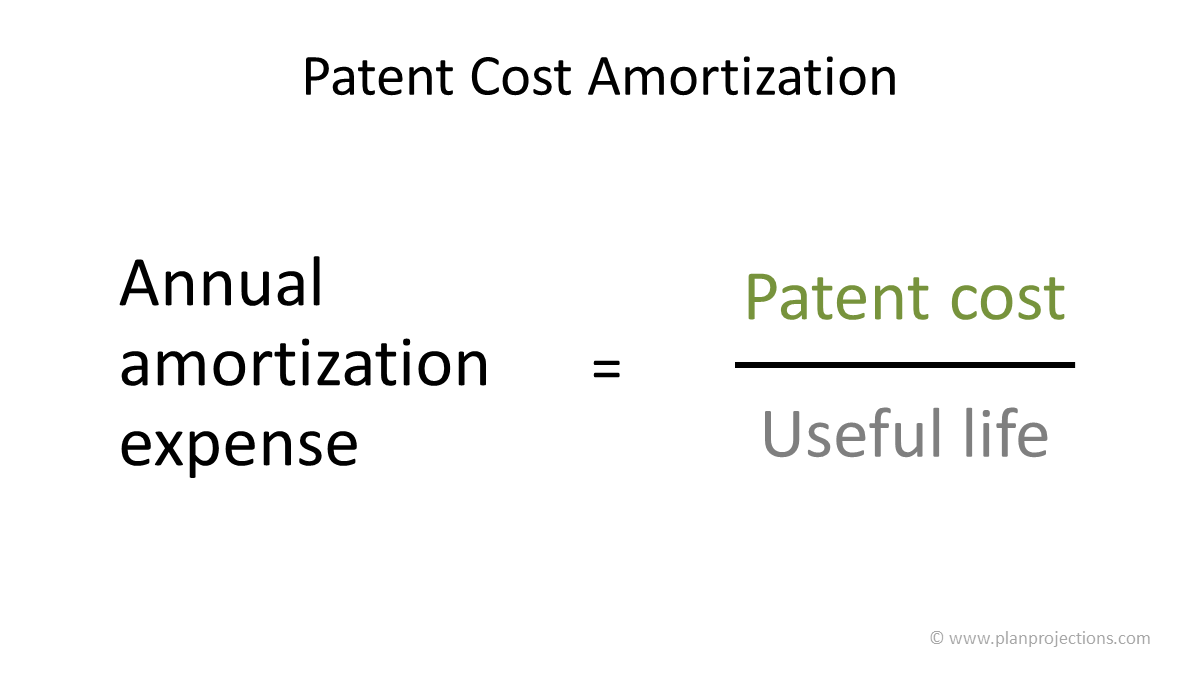 A patent is a form of intellectual property (IP) relating to innovations or advances in technology. The patent cost is the costs incurred by a startup business in obtaining a patent on its product or on the process of manufacturing the product.

The patent gives the business the legal right to exclusively manufacture, use and sell its product or process for a period of 20 years.

A patent can either be purchased or developed internally by the business.

When a product is developed internally the research and development costs incurred in developing a subsequently patented product cannot be treated as part of the patent cost, and are normally treated as an expense in the income statement in the year in which they were incurred. The costs of actually obtaining the patent itself such as legal fees, can be capitalized if significant.

Like any long term asset the cost of a patent needs to be amortized (written off) over the shorter of its remaining legal life or its useful life. So for example a patent might have a legal life of 20 years but the business expects that the benefits from having the patent will only exist for 10 years. In this case the patent would be amortized over 10 years.

In general the patent cost amortization expense is calculated using the following formula.

A patent is purchased from a third party including associated fees for 24,000. The patent has 18 years of its legal life left but the business estimates it will have only a 12 year useful life over which it will accrue the benefits of the patent

The amortization expense is given by the formula above and is calculated as follows:

The patent cost amortization expense will be included in the income statement at the rate of 2,000 for the next twelve years.

The net book value of the capitalized patent cost will form part of long term assets (line 24) shown in the balance sheet.